The Revolution Came and Went, How do you Deal with the Aftermath?

Hopepunk City is the fifth game of the Date Ariane series at arianeb.com.  It was inspired by events that happened in the United States during 2020 and 2021.

In the near future, thanks to perpetual infighting, the US Government lost it's ability to keep society stable. The land that once was the United States got divided into various mini-states, thanks to a period of conflict known as The Second Civil Wars.

The 96 governments that formed in its place, raging in size from cities to multiple former states, come in many forms:  Some feudal, some neo-liberal, some communist, some tribal, and many theocratic.

You are in the now renamed District of Artema, a "solarpunk" society surrounded by corrupt states.

You play as a refugee, either male of female, assigned to a household of three women, one who lost loved ones in the war, one whose family split apart by war, and one who works in the government. Getting along with your roommates is a major part of the game.

Many jobs have been automated, limiting jobs to those sectors that can’t be automated, most of which are part time. Finding a job you like is another major part of the game.

This Free Demo version contains the first month of story followed by a trailer and credits.  This is a low resolution web version, with mono sound and music!

For high resolution, and stereo, download the MAC and PC demo at https://arianeb.itch.io/hopepunk-city 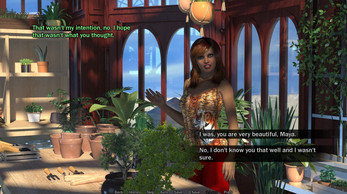 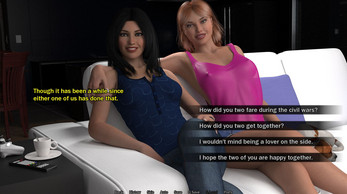 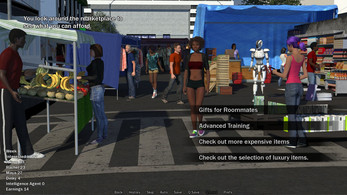